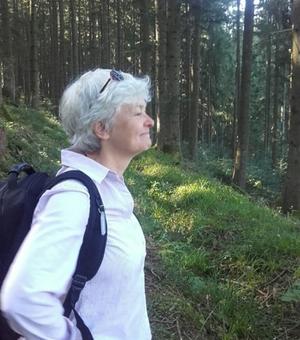 My basic degree is the BSc (Econ.) from the London School of Economics, which confirmed me in a lifelong interest in the exegesis of texts and a sense of the interconnectedness of knowledge.  From an LSE Master’s in the History of Political Thought, I wrote a doctorate on The Ten Commandments in the Middle Ages, supervised by Beryl Smalley and R. W. Southern at Oxford, and with research as a Commonwealth Scholar in Toronto, taught by L. E. Boyle.  I live what may seem like a divided life, teaching the political thought papers for PPE, the historiographical and medieval papers for History, and research and graduate supervision on medieval intellectual history.  In my spare time I’m my college’s Senior Tutor – the student experience at Oxford is very important to me.

I work on the medieval Bible, as both a physical and intellectual object.  This ranges from close technical work with manuscripts of Bibles, biblical commentary, theology and pastoralia, to the exposition of commentary and theology, to investigation of the intellectual milieu of the schools in which the Bible was studied – the people and the products of this early university system, from the twelfth century onwards.  In particular, I explore the two-way link between the manuscript evidence and the intellectual evidence of these early schools – in modern terms, how technology affects what we learn and know, and vice versa.  The study of the Bible has also led me to contribute to the study of medieval Jewish-Christian scholarship and relations.

Oxford Medieval Studies (co-convenor);  Centre for Intellectual History;  Committee member of the Society for the Study of Medieval Languages and Literature (Medium Aevum);  Centre for Text and Manuscript Cultures

Editorial Board of Commentaria, a Brill series dedicated to the commentary tradition in the Abrahamic religions
Editorial Board of TEAMS (Kalamazoo, MI), which publishes translations of medieval texts for students