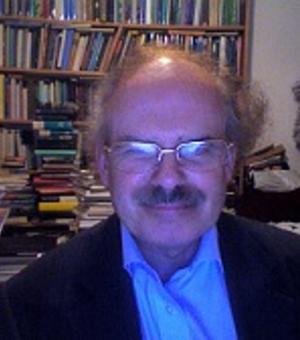 I have been at Oxford since 1980, and am now Emeritus Professor of Old Testament Studies. Throughout this period I have also been Fellow & Tutor of Lady Margaret Hall (now Emeritus). Prior to coming to Oxford I studied at Christ’s College, Cambridge, and held Fellowships at the Hebrew University of Jerusalem and Durham University. I have both a Cambridge PhD and an Oxford DD. In 2014 I was President of the Society for Old Testament Study.

I have published widely on the Old Testament/Hebrew Bible, including 17 books, over 75 articles and 200 book reviews. Early on my work mainly centred on the impact of Canaanite religion and mythology on the Hebrew Bible, including books on ‘God’s Conflict with the Dragon and the Sea’, ‘Molech’, and ‘Yahweh and the Gods and Goddesses of Canaan’, and an article on Asherah which was awarded a prize by the Society of Biblical Literature. I also co-edited the Festschrift for J.A. Emerton on ‘Wisdom in Ancient Israel’ and discovered and published William Robertson Smith’s previously lost 2nd and 3rd series of ‘Lectures on the Religion of the Semites’. My middle years were much taken up with editing, including four Oxford seminar volumes on “King and Messiah’, ‘In Search of Pre-Exilic Israel’, ‘Temple and Worship’, and ‘Prophecy and the Prophets’, and I also spent 3 years editing the SOTS Book List. More recently my work has centred on Genesis 1-11, on which I have written two volumes of essays, ‘From Creation to Babel: Studies in Genesis 1-11’ and ‘From Creation to Abraham: Further Studies in Genesis 1-11’. I am now working hard writing the ICC commentary on Genesis 1-11.

Old Testament religion, literature, history, languages, theology, archaeology, ancient Near Eastern background, and history of interpretation. At the moment these interests are particularly focused on Genesis 1-11.

My major research project at the moment is the writing of a detailed commentary on Genesis 1-11 for the prestigious ICC Commentary series. As a spin-off from this I have written two volumes of essays on Genesis 1-11, the latest entitled ‘From Creation to Abraham: Further Studies in Genesis 1-11’, to be published by the end of 2021.