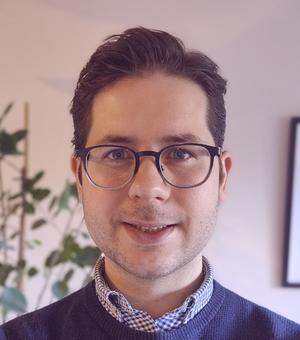 Born and raised in Canada, I completed a Bachelor of Arts in Humanities at Athabasca University with distinction, and a Master of Arts in Ecclesiastical History at Regent College. My thesis, supervised by Prof Bruce Hindmarsh, argues that the famous revivalist Jonathan Edwards (1703-1758) developed a system of virtue ethics under the influence of early modern British moral sense philosophers, such as Lord Shaftesbury (1671-1713) and Francis Hutcheson (1694-1746).

I am currently reading for the DPhil in Theology and Religion at Lincoln investigating the work of the Huguenot and philosopher Pierre Bayle in his original context and argue that his writings significantly influenced debates concerning religious toleration in early eighteenth-century England.  I am a founding member and editor of the Journal of the Oxford Graduate Theological Society, and an acting President of the Oxford Graduate Theological Society. I have tutored for the Faculty of Theology in Early Modern Christianities and I am undergoing a project as a Research Assistant, exploring the newly discovered marginalia in the Mary Astell collection in Pepys Library in Cambridge, looking into Astell’s engagement with early modern French Cartesianism. I am also a doctoral fellow of the Social Science and Humanities Research Council of Canada.

I am particularly interested in the relationship between religious thought and political ideas in the wake of the Protestant Reformation and how religious concepts concerning salvation, epistemology, and human nature influenced society and politics. I am also interested in applying these early modern concepts to contemporary debates in political philosophy about civility, freedom of conscience, freedom of speech, and freedom of assembly.