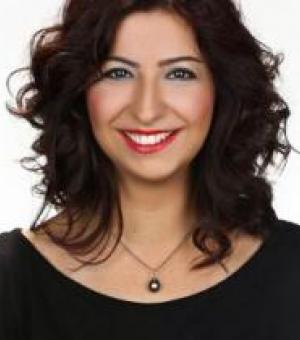 Kurukullā: The Scarlet Enchantress of Love, Power and Magic in Tibetan Buddhism
guzin.yener@theology.ox.ac.uk

Kurukullā: The Scarlet Enchantress of Love, Power, and Magic in Tibetan Buddhism

Kurukullā (Skt. kurukullā, Tib. ku ru ku lle or rig byed ma) is a female meditational deity in Tibetan Buddhism traditionally associated with subjugation, enchantment, and exerting power over others (Skt. vaśīkaraṇa, Tib. dbang), concepts that are popularly subsumed under the term magnetising in Western Buddhism. Kurukullā is referred to as the Buddhist Goddess of Love due to her connection with transforming amorous desire. The Kurukullā subjugation practices are categorised as one of The Four Enlightened Activities (Skt. caturkarman, Tib. phrin las rnam bzhi). The other activities include pacifying, enriching, and destroying.

My research addresses what Kurukullā practice communicates about Vajrayana Buddhist concepts regarding the transformation of desire and the Buddhist understanding of the ultimate nature of mind and enlightenment. It analyses the ritual texts and practice instruction manuals (Skt. sādhana; Tib. sgrub thabs) related to Kurukullā found in the various Tibetan Buddhist liturgies. To tackle the intricacies of utilising desire to transform the mind, I discuss how the ritual symbolism and deity yoga practices of Kurukullā make use of subjugation, love, and enchantment. In addition to translations of primary sources and secondary literature, I include my first-hand analysis of the symbolism and usage of rituals based on my fieldwork and participation in Kurukullā ritual gatherings. The development of Kurukullā rituals is explored to understand how they have evolved over time and how they fit into the Buddhist concept of enlightenment.

Furthermore, I explore the psychological foundation of these tantric methods by analysing these issues using psychoanalytical and Lacanian psychodynamic concepts, including a discussion of Kurukullā rituals from a gender perspective using Vajrayana Buddhist discourses on gender identity that aim to transcend mainstream social constructions. This study illustrates how Kurukullā practice skilfully uses practical witchcraft, or folk magic, to obtain seemingly mundane goals while attaining yogic accomplishments and gaining the realisation to reach enlightenment to fulfil the Buddhist goal of helping all sentient beings.

Güzin was born and raised in Istanbul, where she obtained her BA in Psychology and Comparative Literature and an MA in Cultural Studies (thesis on the construction of the self in Tibetan Buddhist and Western psychological traditions). Working as a psychotherapist in Turkey and reading for a second MA degree in Forensic Sciences and Psychology, she continued training in different psychotherapy techniques and worked as a psychotherapist and mental healthcare expert in Turkey, India, and Egypt, collaborating with government and NGO projects.

Living in different regions of India for nearly a decade, Güzin became interested in the experiential aspects of Hindu and Tibetan Buddhist yogic traditions and their philosophical and ritual practices. After attending a Tibetan Translator Training programme in Dharamsala, Güzin collaborated in translation projects with Dr Alexander Berzin, becoming a translator for the Turkish section of his online Buddhist archives. She continued to live in Dharamsala, HP, India, where she concentrated on studying Tibetan Buddhist meditation and ritual. In 2014-2015 Güzin pursued an MSt degree in Oriental Studies (Tibetan Studies) at the University of Oxford, focusing on the early historical roots of the Tibetan State Oracle tradition and its protector deity Pehar. She is currently reading for her DPhil in Tibetan Buddhism (Theology and Religion) at the Lady Margaret Hall, concentrating on the ritual practices of the Tantric female deities Lotus Dakini and Kurukullā associated with transforming desire, magic, and magnetising. She is a fully ordained sngags ma in the Tibetan Buddhist Tradition.

Güzin leads a weekly university-wide session in the methods of Mindfulness and Tibetan Buddhist meditation at the Lady Margaret Hall (previously held at Wolfson College).

The iconography of Kurukullā: Wisdom, Love and Magic in Tibetan Buddhism, Graduate Research Seminar in Study of Religions in Michaelmas 2018.