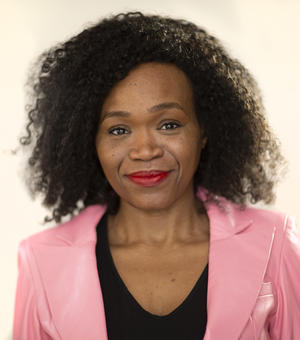 The Role of Concepts in the Execution of Actions
DPhil Candidate in Theology
buki.fatona@wolfson.ox.ac.uk

In developing my thesis, with the use of cognitive neuroscience, I make and defend two main claims. First, memory and prediction of actions are continuous processes; in that memory, specifically of one's own actions, is used to construct predictive-models—i.e., make predictions concerning future actions. The assumption here is that a cognitive agent's predictive-models have a causal role in the execution of her actions. Second, constructing predictive-models is a significantly similar cognitive ability to remembering. That is, both memory and prediction are constructive in nature. These two claims reflect two emerging views in contemporary philosophy of memory that I trace back to St. Augustine.

After an initial BSc in Microbiology, I came to realise that my main interests lie not only in the scientific categorisation and manipulation of phenomena, but also in asking ontological questions concerning those phenomena. As a result, I undertook a BA in Theology as a second degree. In the dissertation for the BA, I attempted a definition of Homo sapiens that wove together scientific, philosophical, and theological understandings of what a human being consists in. Following on from this, in my dissertation for an MSc in Epistemology, Ethics, Philosophy of Mind (and Cognitive Science) at the University of Edinburgh, I asserted that a common mechanism undergirds human memory and prediction, both being constructive in nature; My doctoral research, in Science and Religion, is a continuation of this investigation.

'Augustine's seventh gradus: a Johannine-Neoplatonist synthesis?' to be given at the British New Testament Society conference, University of Durham (August 2021)

'Miracles and Necessitarian Laws of Nature' given at Ian Ramsey Centre at the University of Oxford (virtual) conference (July 2021).

'Imagining the infinite: transcendent models as a fundamental nexus between science and religion', given at European Society for the Study of Science and Religion conference, Universidad Pontificia de Comillas, Madrid (June 2021).

'Saint Augustine on Memory and Prediction', given at The Campion Seminar, Campion Hall, University of Oxford (May 2021)

'Breaching the Borders of Perceptual Experience via Transcendent Imagination', given at Society for the Study of Theology conference, virtual (April 2021).

'Imagining the Unseen: abstract art and faith propositions' given at Theology, Creativity and the Arts conference, Margaret Beaufort Institute at the University of Cambridge (July 2019).