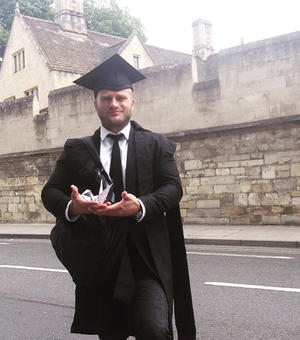 I am interested in questions surrounding how beliefs influence culture and everyday life. How do we as human beings believe? Where do beliefs come from? And how do these beliefs influence our day to day lives? In addressing these questions, my current research engages the theology and cultural analysis of the 20th century French Jesuit, Michel de Certeau. As Certeau’s religiosity has been largely ignored, I argue for the theological impetuses and influences which span the breadth of his interdisciplinary inquiries, including his historiography, semiosis, psychoanalysis, and heterology. Part of the difficulty of Certeau’s religiosity is that his philosophy frequently explored the boundaries between theology, religious studies, and mysticism, raising issues around the relationship or difference between these fields. In following Certeau along these lines, I address questions around the nature of belief, religious or otherwise, in a post-secular context.

Before working on Certeau, I finished master's degrees from Oxford (2017), Regent College in Vancouver (2016), and Duke University (2014). My previous research engaged the political philosophy of Slavoj Žižek and his notion of belief as an onto-political category. At Regent, my thesis explored the concept of “certainty” within 18th century Protestant theology and Continental philosophy. At Duke with the Center for Reconciliation, my master’s degree entailed a study of peace-making theory and practices, including racial reconciliation, ecological justice, and political philosophy.

Outside of the classroom, I work as a Junior Dean for Hertford College, meaning I am invested in the academic success and welfare of Oxford undergraduates. I am also involved with numerous community outreach initiatives, including local art, sport, and gardening opportunities. My research and teaching are in many ways informed by my background in grassroots organising and interfaith community development in North American cities.