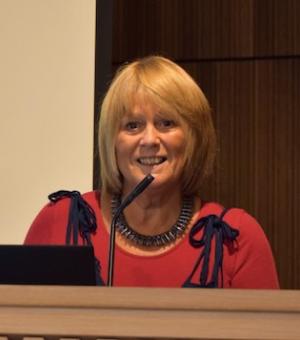 The Book of Psalms has been a consistent focus in my research: in the 1980s I completed a doctorate at Keble College which examined personal piety in the Psalms and my first book was entitled, The Poems and Psalms of the Hebrew Bible (1994).

I have stayed mainly in Oxford since my doctorate days, having taught for the Faculty and various Colleges for well over thirty years, although I travel a good deal nationally and internationally to give conference papers and named lectures.

I became a University Lecturer in Old Testament and Fellow and Tutor in Theology at Worcester College in 1995. By the late 1990s I became increasingly interested in ‘Reception History’ as a method for understanding the multivalent nature of biblical texts, especially the Psalms. As this requires some appreciation of nearly three thousand years of cultural history, both Jewish and Christian, and as the discipline takes in not only the translation and commentary tradition but also reception in liturgy, art, music, poetry, film, and social discourse, I have nurtured many different research projects over the last twenty years.

Reception History became a popular discipline in the early 2000s and back then I embarked on a three-volume work with Wiley-Blackwell entitled, Psalms through the Centuries. I was made a Reader in 2008, a Professor in 2014, and was given a Professorial Distinction award in 2016. I was awarded the degree of Doctor of Divinity (DD) in 2015, being only the second woman to receive such an award. I prize teaching as much as research, so to have been shortlisted by OUSU for the 'Most Acclaimed Lecturer of the Year' award in 2018 gave me special pleasure.  I am President of the Society for Old Testament Study (2018-19). I have recently been ordained as a Permanent Deacon and I suspect this, as well as the Book of Psalms, might keep me busy in years to come.

One of three convenors of TORCH Psalms network since 2015.

Ordained as Permanent Deacon in June 2018; installed as Canon Theologian of Exeter Cathedral in November 2018.