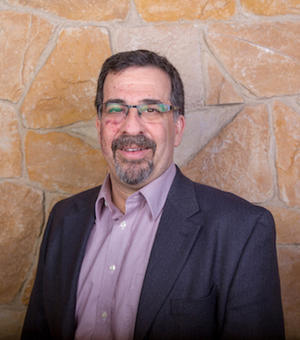 Stan Rosenberg founded and directs Scholarship and Christianity in Oxford (SCIO). He is an academic member of Wycliffe Hall and a member of the Faculty of Theology and Religion at the University of Oxford, teaching early Christian history and doctrine and science and religion. He is a Fellow if the International Society of Science & Religion. His research and teaching interests focus on Augustine’s works, early Christian cosmology and its relationship to Greco–Roman science, culture and philosophy, and the interplay between intellectual and popular thought in this period. Recent research has led to articles on early Christianity and Greco-Roman science, and the intersection of preaching, popular religion, and the development of doctrine in late antiquity.  His most recent work included organizing a set of consultations around a grant funded project on Darwin and Christian theology which led to the book, Finding Ourselves after Darwin: Conversations on the Image of God, Original Sin, and the Problem of Evil. Rosenberg is on the editorial board of the journal, Religions. Since 2002 he has directed and co-directed multiple science and religion projects in Oxford funded by the John Templeton Foundation, the Templeton Religion Trust, The Templeton World Charity Foundation, The Blankemeyer Foundation, and the BioLogos Foundation. In addition, he is on the advisory council of the BioLogos Foundation and directs the Logos programme offered by SCIO for postgraduates working in ANE, OT, NT, and Biblical reception history.

Member of the Faculty of Theology and Religion, University of Oxford

S. Rosenberg, (general ed.), with B. ven den Toren, M. Burdett, and M. Lloyd, eds., Finding ourselves after Darwin: conversations about the image of God, original sin, and the problem of evil (Grand Rapids: Baker Academic, 2018) [incl. S. Rosenberg, introduction: “Making Space in a Post-Darwinian World: Theology and Science in Apposition”, pp. 3–10; and chapter on the problem of evil: “Can Nature Be ‘Red in Tooth and Claw’ in the Thought of Augustine?”, pp. 226–43].

“Not so alien and unnatural afterall—the role of privation and deification in Augustine’s sermons”, in Augustine on Heart and Life: Essays in Memory of William Harmless [Journal of Religion and Society supplement, vol. 15], ed. John J. O’Keefe and Michael Cameron (2018), pp. 170–196 [rev. edn of 2016 pubn].

“Not so alien and unnatural afterall—the role of privation and deification in Augustine’s sermons”, in Visions of God and ideas of divinization in patristic thought, ed. M. Edwards and E. Draghici-Vasilescu (Routledge, 2016), pp. 89–117.

“Forming the Saeculum: The desacralization of nature and the ability to understand it in Augustine’s Literal Commentary on Genesis”, in Studies in Church History, vol. 46, ed. P. Clarke and T. Claydon (Ecclesiastical History Society, 2010), 1–14.

Project Director and one of four PI’s for Oxford Interdisciplinary Seminars in Science and Religion: Bridging the Two Cultures of Science and the Humanities II, a project funding mid-career scholars and supporting campus-based initiatives with funding of £990,000 from the Templeton Religion Trust and $809,000 from the Blankemeyer Foundation, 2017–2019.

Producer, US Tour of the stage play, Mr Darwin’s Tree, written and directed by Murray Watts and performed by Andrew Harrison. Fourteen performances at N. American universities made possible by a grant of £139,000 by Templeton Religion Trust, 2016.Project Director and one of four PI’s for Oxford Interdisciplinary Seminars in Science and Religion: Bridging the Two Cultures of Science and the Humanities, a project funding mid-career scholars and supporting campus-based initiatives with funding of £1,100,000 from the Templeton Religion Trust, 2014–2016.

Co-Director and one of five PI’s for Configuring Adam and Eve: Creating Conceptual Space for New Developments in the Science of Human Origins, a BioLogos Foundation-funded grant of ca. $275,000 for Science and Religion, 2013–2015.

Project director for Logos, The summer workshop provides postgraduates and advanced undergraduates opportunities to work with the ancient texts and engage with serious issues of scholarship, such as public education and the role of museums, as cocurricular to their degree programmes.