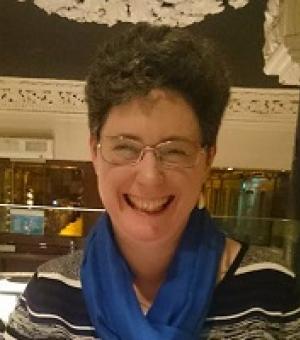 My main research interests lie in ecclesiastical history in the early middle ages. I have a long-standing interest in medieval monasticism, particularly the place of monasteries in the Anglo-Saxon Church and I have published also on medieval women in religion. Recently, I have begun a project on the Venerable Bede and am interested in setting the wide range of his writings (which encompass biblical exegesis, homilies, science, hagiography and the writing of history) in a broad patristic and early medieval context. My wider interests encompass the place of the Church within the societies of medieval western Europe, relations between Christians and pagans in the same period, the invention of the English as an imagined community, and historical writing in the early medieval West.

Current projects: (with Dr Kathryn A Lowe, University of Glasgow) I have just completed an edition of the Anglo-Saxon Charters of Bury St Edmunds Abbey and St Benet’s at Holme, which will be published by OUP for the British Academy Anglo-Saxon Charters project in 2018. I am now beginning work on a biography of Bede: The Venerable Bede: A Located Life, which is under contract to Princeton University Press. I am also contracted to produce a revised edition of the translation of Bede’s Ecclesiastical History for the Oxford World Classics series.

I welcome enquiries from graduate students interested in studying an aspect of earlier medieval ecclesiastical history (before c. 1200), or on the history of England before the Norman Conquest. Doctoral theses recently completed under my supervision include: ‘Sickness and Disability in England, 700-1200’; ‘Bede’s Temple: an image and its interpretation’; ‘Intercessory prayer in the early medieval West’; ‘Angels in Anglo-Saxon England, 700-1000’; ‘Perceptions, representations and uses of the idea of Rome in ninth-century England’.

Historiography and historical theory. The history of England before the Norman Conquest.