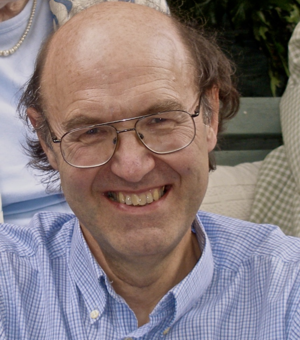 After concentrating on music as a teenager at grammar school in South Yorkshire, Christopher Rowland turned to theology while at Cambridge University. His graduate work introduced him to the writings of Gershom Scholem and his doctoral thesis focused on early Jewish mysticism and its influence on the New Testament. That study was never published in its original form but it formed the basic thesis of his study of the nature of apocalypticism (The Open Heaven). That was the basis of a central strands of his research and writing on the nature and history of apocalypticism especially in Christianity and with special interest in Revelation. Visits to Brazil in the 1980’s opened his eyes to the importance of liberation theology and the radical stream in Christian history. The relationship between Christian radicalism and apocalypticism has been a major interest with special reference to the texts and images of William Blake.

Interpretation of the New Testament; the apocalyptic tradition in ancient Judaism and Christianity; the reception history of the Apocalypse; the biblical hermeneutics of William Blake; the theology of liberation; the radical tradition in Christianity; methods in grassroots readings of Scripture; group work and biblical study; & the interpretation of the Bible and developments in adult education.

Radical Prophet: the Mystics, Subversives and Visionaries Strove for Heaven on Earth, Bloomsbury 2016.

(with Zoë Bennett) In a Glass Darkly: the Bible, Reflection and Everyday Life,  London: SCM 2017.

Christian Origins: An Account of the Setting and Character of the Most Important Messianic Sect of Judaism,  London first published 1985, revised edition 2002.

The Open Heaven: A Study of Apocalyptic in Judaism and Early Christianity, London: SPCK 1982.