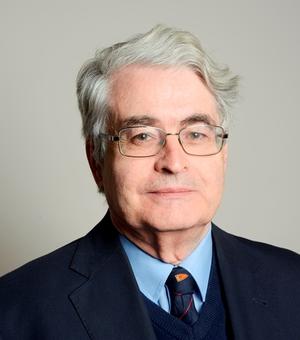 Eric is Fellow and Tutor in Theology and Secretary to the Governing Body. He teaches New Testament and is also responsible for supervising the tuition of theology students at Harris Manchester. His doctoral thesis was on The Jewish Context of Jesus’ Miracles, an expanded version of which was published by Sheffield Academic Press (in July 2002).

Eric originally graduated from Brasenose College, Oxford with a degree in Engineering Science. He eventually returned to Oxford to study Theology at Harris Manchester College, where he gained a second BA, an MSt and a DPhil. Immediately after completing his own Theology Finals in 1995 Eric wrote A Guide for Perplexed Students. It is aimed particularly at mature students studying at Harris Manchester, but may be of wider interest too.

For a somewhat different take on New Testament Scholarship, you might light to try out his work of Interactive Fiction in which the protagonist escapes a dire lecture by experiencing a near-brush with death, in what could be described as an NT scholar's vision of hell. The work is called All Hope Abandon and you can try out a demo version of it online, or read his article about it in Digital Humanities Quarterly.

Media and memory studies in relation to the composition of the Gospels and the traditions behind them; the Synoptic Problem (in particular scepticism about Q); Miracle in Second Temple Jewish Literature and the Gospels (and the relation between them);