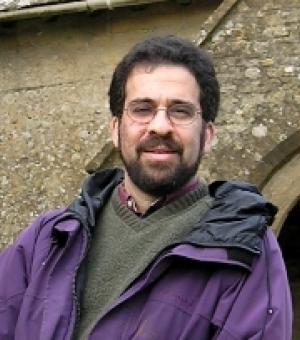 Member of the Faculty of Theology and Religion, University of Oxford

Stan Rosenberg founded and directs Scholarship and Christianity in Oxford (SCIO). He is an academic member of Wycliffe Hall and a member of the Faculty of Theology and Religion at the University of Oxford, teaching early Christian history and doctrine and science and religion. He is a Fellow if the International Society of Science & Religion. His research and teaching interests focus on Augustine’s works, early Christian cosmology and its relationship to Greco–Roman science, culture and philosophy, and the interplay between intellectual and popular thought in this period. Recent research has led to articles on early Christianity and Greco-Roman science, and the intersection of preaching, popular religion, and the development of doctrine in late antiquity.  His most recent work included organizing a set of consultations around a grant funded project on Darwin and Christian theology which led to the book, Finding Ourselves after Darwin: Conversations on the Image of God, Original Sin, and the Problem of Evil. Rosenberg is on the editorial board of the journal, Religions. Since 2002 he has directed and co-directed multiple science and religion projects in Oxford funded by the John Templeton Foundation, the Templeton Religion Trust, The Templeton World Charity Foundation, The Blankemeyer Foundation, and the BioLogos Foundation. In addition, he is on the advisory council of the BioLogos Foundation and directs the Logos programme offered by SCIO for postgraduates working in ANE, OT, NT, and Biblical reception history.

History of Christianity, Science and Religion, Historical and Systematic Theology

Academic advisor to the Museum of the Bible

COVID 19 - Your country needs you

No publications have been listed.