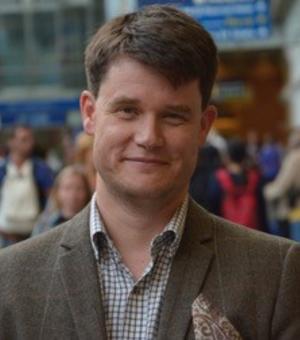 Sean has written books and articles in the field of religion and public policy for the past decade as well as lecturing at a number of academic institutions. He has also given a number of public lectures. Before his current role, Sean was the Interreligious Advisor for the Church of England’s Diocese of Peterborough and was also worked for the Office of the Archbishop of Canterbury’s Representative to the European Union as the Researcher on Inter-Religious issues. Over the past few years, Sean has co-authored Parliamentary publications concerning religious liberty and co-authored a strategic analysis report on religious futures for the British Ministry of Defence.

‘The Bible in Reconciliation’ in Democracy, Conflict and the Bible: Reflections on the role of the Bible in International Affairs Bible Society, 2015

’Indian and European Muslim Identity: Implications for Christian Political Thought in Europe and the Subcontinent’, in C. Bennema and I. Bhakiaraj (eds.) Indian and Christian: Changing Identities in Modern India, Bangalore: SAIACS Press, 2011.

‘Chapters Five, Six and Seven’ (Co-Authored) in Malcolm Evans (ed.) Article 18: An Orphaned Right. A Report of the All Party Parliamentary Group on International Religious Freedom, 2013