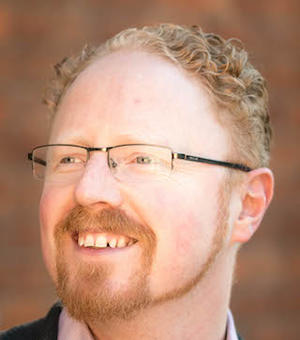 Matthew Kirkpatrick is lecturer in Christian ethics and doctrine at Wycliffe Hall. Before joining Wycliffe, Matthew studied theology and then ethics at the University of Oxford, before completing a D.Phil. analysing the thought of Søren Kierkegaard and Dietrich Bonhoeffer. He teaches a wide range of subjects at both undergraduate and graduate level. His wide interests include particular attention to theological existentialism, the theology of death and dying, the interplay between theology and psychology, and the wider thought of Kierkegaard and Bonhoeffer and their respective contexts.

2011. Attacks on Christendom in a World Come of Age: Kierkegaard, Bonhoeffer, and the question of “Religionless Christianity”. Princeton Theological Monographs. Eugene, OR: Pickwick Publications.

2020. ‘Dietrich Bonhoeffer: In Defence of Christian Witness.’ In The History of Apologetics: A Biographical and Methodological Introduction. Edited by Benjamin K. Forrest, Joshua D. Chatraw, and Alister McGrath. Zondervan Academic.

2019. ‘Kierkegaard on the Church.’ In The T&T Clark Companion to the Theology of Kierkegaard. Edited by David Gouwens and Aaron Edwards. Edinburgh: T&T Clark.

2019. ‘Sources and Texts.’ In The Oxford Handbook to Dietrich Bonhoeffer. Edited by Michael Mawson and Philip Ziegler. Oxford: OUP.

2019. ‘Bonhoeffer’s Failures: The Transformation of Power and Success through the Failure of Christ on the Cross.’ In Theologies of Failure. Edited by Roberto Sirvent and Duncan Reyburn. Macmillan Palgrave.

2018. ‘Sociological Categories and the Journey to Selfhood: From the Crowd to Community.’ In Kierkegaard and Political Thought. Edited by Roberto Sirvent and Silas Morgan. Eugene, OR: Pickwick.

2016. ‘Bonhoeffer and Liberation Theology,’ with Geffrey B. Kelly, in Engaging Bonhoeffer: The Impact and Influence of Bonhoeffer’s Life and Thought. Edited by Matthew D. Kirkpatrick. Minneapolis, MN: Fortress Press.

2013. ‘Bonhoeffer, Kierkegaard, and the Teleological Suspension of the Ethical: The Beginning or End of Ethics?’ in Ontology and Ethics: Bonhoeffer and Contemporary Scholarship. Edited by Adam Clark and Michael Mawson. Eugene, OR: Pickwick Publications.