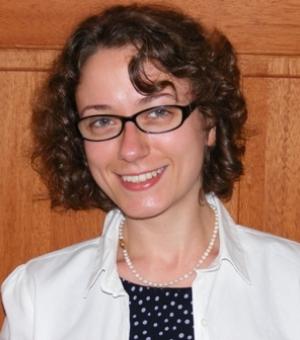 After graduating from Keble College with a BA in Theology in 2004, Mary pursued her MSt and DPhil under the supervision of Prof. Christopher Tuckett, researching the portrayals of the Pharisees in the Gospels and Acts of the Apostles. Having completed a PGCE in secondary education, Mary worked for a time as a Religious Studies teacher before returning to the University as a Departmental Lecturer in New Testament Studies at the Faculty of Theology and Religion (2012-2016) and Fellow and Tutor in Theology at St Benet’s Hall (2012-2022). In 2016 Mary took up her current position as Director of Undergraduate Studies and Outreach and is a lecturer at Worcester College.

Theology in Schools and Secondary Education.

‘Becoming “Another”: Nicodemus and his relationships in the Fourth Gospel’ in Schmiedel, U. and Matarazzo Jr, J.M. (eds), Dynamics of Difference: Christianity and Alterity.  A Festschrift for Werner G. Jeanrond (London: Bloomsbury, T&T Clark, 2015), 33-40.

The Portrayals of the Pharisees in the Gospels and Acts (FRLANT 254; Göttingen: Vandenhoeck & Ruprecht, 2015).