What Kylie did next 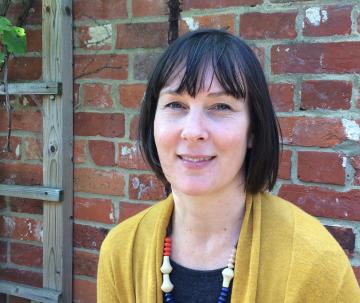 I didn’t really know what to expect when I started a doctorate at Oxford.  I just knew that I wanted to deepen my skills and to take my New Testament research further, and I chose to do this at Oxford because I wanted to work with my particular supervisors: Markus Bockmuehl and Christopher Rowland.  I was interested in biblical theological questions—about theodicy, hope, and eschatology—and they were good people to work with on these themes in the New Testament and its Second Temple Jewish environment.  I’d had good encouragement to apply for the DPhil and had also been awarded a scholarship, but I still felt plenty of trepidation about getting on that plane and moving my whole life here, from congregational ministry in Melbourne (with some New Testament teaching on the side), to a college room and a uni with an intimidating profile.  It all felt like quite a huge step into the unknown.

As I got my bearings, my college Middle Common Room (MCR, the community of graduate students at Keble College) was central in establishing a new social network.  I’m not sure it’s something I’d really expected, but it’s a genuinely good thing to have people from different disciplines all making their way together through the DPhil process (which even in a best-case scenario can be challenging and prompt the odd moment of self-doubt!).  The collegiate system means you get outside your home faculty, meet people who are leaders in all sorts of fields (I remember early on realising an MCR member’s oncology research related to the cancer that a friend of mine in Melbourne had just been diagnosed with), and beyond simply general interest, there were definitely times in which interdisciplinary conversation at college benefited my research.

In terms of the doctoral work itself, I’ve come to value many things about studying at Oxford.  The resources for biblical study (and related disciplines) are high on the list.  Take the library system.  It sounds like an obvious and slightly dull thing to mention, but it’s very real for a humanities doctorate.  It’s hard to overestimate the value of having access to a library that has a copy of every book published in Britain since 1610, a relatively generous budget for those published elsewhere, and a long history of maintaining a good collection of journals.  Add to that other resources like the papyrology collection, and it’s an extraordinary environment in which to work.

But perhaps just as striking as the collection of books is the collection of people.  I’m conscious that some of my research interests could seem a bit quirky in the scheme of things!  But it’s been great to be a part of communities with a critical mass of people engaged in research in similar areas; a pretty big group of people get together each week to hear a New Testament seminar paper, often from a guest speaker from further afield that we’re fortunate to get to hear from.  Not only that, but I’ve been welcomed into diverse groups that all relate in different ways to what I’ve been working on: regular seminars on the Bible in Art, Music, and Literature (through the Centre for Reception History of the Bible), the Old Testament seminar, the graduate colloquium in New Testament and Early Christian studies, interdisciplinary seminars on Ancient history with Classics, Jewish studies, and Theology, and so on.  In addition, technically any member of the University has the right to attend lectures in any field, and earlier on in my DPhil I made the most of this: from undergraduate philosophy lectures on the pre-Socratics to Classics lectures on historiography.  As my own project became more strongly interdisciplinary—involving Graeco-Roman classical texts, texts of Second Temple Judaism, and even the odd bit of political philosophy—I’ve really benefited from this.  I’ve presented at the Oxford-Princeton Ancient History Colloquium and at the Bonn-Oxford conference of diverse disciplines within theology, and it’s all strengthened my work.

When friends elsewhere asked me to characterise studying in Oxford, I’d often describe the weekly seminar on Jewish literature of the Graeco-Roman period.  It might seem like rather a niche topic, but actually the texts are diverse and every week people get together to hear from a local or visiting scholar.  Those seated around the table include names that you’d fully expect to see on any good bibliography about Jewish literature of this period.  The (respectful but rigorous) conversation helps to parse the issues drawn out by the paper, and it all winds up with tea and interested questions about others’ research—a kindness directed even to students like me from another faculty.

So it’s been a good place to be to study biblical literature and to be inducted into a community of scholars.  I’m grateful to have had the chance to concentrate on my doctoral project without a lot of other coursework commitments throughout my doctorate.  But the reality of academic life is that even a fabulous dissertation wouldn’t be enough in itself. In the competitive and increasingly-pressured world of academia, early career scholars somehow need not only a doctorate, but the odd quality publication, teaching experience, and a record of engagement in wider academic communities in conference settings if they want to establish a research or teaching career.

I already had teaching experience before I came to Oxford, but I benefited from the Faculty’s teacher training scheme and have kept up teaching alongside my doctoral work and in the time since (for the last two years I’ve been Lecturer in Theology at Trinity College).  I was fortunate to receive financial support from the Faculty and from alumni funds at Keble College, not only to speak at conferences in Europe and the US during my doctorate, but also to spend the majority of a term in the second year of my DPhil in Germany building my language skills.  Perhaps the thing I found most surprising as I settled into doctoral study, though, was the realisation early on that my assumption that a doctorate was a three-year course was a bit naïve.  Certainly a minority of people do manage this, but the vast bulk work into their fourth year, which can add some financial pressure.  That said, I’m actually very glad I used the extra time and in the process managed to finish with a broader experience.

Since finishing my doctorate I’ve continued on teaching at Trinity College Oxford, and filled a short maternity cover position teaching New Testament Greek for the Faculty.  From October I’ll be heading back to Melbourne to take up a five-year research fellowship at Australian Catholic University (ACU).  This research is part of a new collaborative project between ACU, Durham, and KU Leuven on “Texts, Traditions, and Early Christian Identities,” led by Francis Watson at Durham.  I’m really looking forward to being a part of this project, and I will also have the chance for a bit of teaching for ACU as well as to support those studying theology in my own tradition in the Uniting Church in Australia.  This embodies something of the overall richness that has come from taking the plunge to study at Oxford: the new project will allow me to link back into life, church, and university in Melbourne, while maintaining strong international connections and a broad engagement with research in New Testament and early Christian studies.  I’m grateful for all I’ve learnt in my time at Oxford, and I’m looking forward to continuing to draw on this in what comes next.