THE MCDONALD CENTRE: On-Line Conference, 27-28 May 2021 "Christianity, Commerce and Civilisation?" 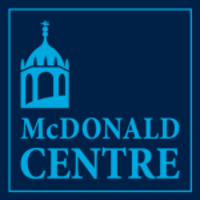 THE MCDONALD CENTRE FOR THEOLOGY, ETHICS AND PUBLIC LIFE
FACULTY OF THEOLOGY & RELIGION, UNIVERSITY OF OXFORD
ON-LINE CONFERENCE: 27-28 MAY 2021

During the Modern period the study of patterns of colonialization and the development of empires has focussed on the expansion of the Western mercantile powers. A perennial question in reviewing these processes of history, commerce and politics has been the question of the role of religion and more particularly the place of Christian Missions. It is reflected in the well-known phrase of David Livingstone which forms the title for the conference. Whilst the complexity and nuances of the issues have often been recognised by professional historians, in popular discourse the debate has often been caught up in ‘culture wars’, in which missions and missionaries have too often simply been assumed to be ‘agents of empire’. The aim of this conference is to explicate further the complexities of the relationships between Christianity, Missions, Colonies and Empire as they developed in the Modern era, and to contribute scholarly insights from historical and other disciplinary perspectives.