On Science, Religion, and Dual Vocations

By Dr Shaun Henson, Departmental Lecturer in Science and Religion 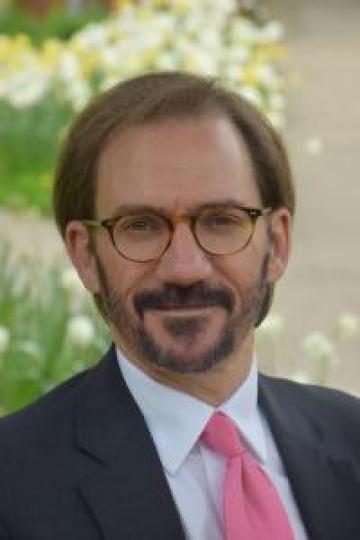 Several years ago, I found myself conversing with a sitting Archbishop of Canterbury in my college office.  He and more than one hundred Bishops of the Church of England were at St Hugh’s for an annual ‘College of Bishops’ meeting.  As we talked, our attentions turned to his academic work.  In addition to an ascending priestly vocation that had brought him all the way to the uppermost job, he was well known as an academic, and a great one.  He had held Oxford’s Lady Margaret Professorship of Divinity at Christ Church for a time, balancing a demanding level of academia alongside a regular supply of Cathedral duties.  And even after becoming a Bishop and then an Archbishop, he never ceased to generate an impressive amount of academic and popular publishing.  How did he do it all, I wondered – and why?

The answers, in order, were ‘not easily’, and, as I already knew and he didn’t have to say, because of a deep sense of vocation, marked by a genuine love for following what might otherwise seem a dual career pathway.

In Science and Religion studies, I have been surprised to discover the number of historical figures and current scholars who fit a similar description.  They include our Andreas Idreos Professor of Science and Religion, the Research Director of the Ian Ramsey Centre, and me, among many others.  Sir John Polkinghorne, a particle physicist and priest who examined my doctorate on the unification of physics, had years earlier left his post as Professor of Mathematical Physics in Cambridge to pursue ordination training.  Many were shocked, particularly among his physicist friends.  But he somehow found in this deliberate direction the substance to become a kind of founding father of Science and Religion as we now know and study it.

What is happening in these cases, and how should we understand them?  Balancing academic and religious pursuits can reasonably be imagined as a handicap, with practical spiritual preoccupations ostensibly taking one’s time away from research and writing.  At a time in which faculties are under real pressure to have staff who produce results in the form of publishing outputs, opportunities to pursue an academic-priestly vocation have decreased so that one could conceive of the academic-priest as an endangered species.

Looking beyond Science and Religion, the works of the faithful who combine academic and religious functions into one vocation have been commonplace and vital to the Church since its 1st century foundations.   The Church, quite simply, would have no practically informed theology or liturgy, and arguably no New Testament, if not for those who have been as gifted at researching, writing, and teaching as at conventional churchly avocations like praying, preaching, presiding at the Eucharist, and pastoral care.  Countless scholars have continued on this now familiar vocational track, and, historically speaking, many millions have benefitted from such efforts both within and outside of the Church.  Notably for us here, these preoccupations led eventually to Oxford University, since the first nuns (Oxford’s patron St Frideswide the most familiar), monks, friars, and priests began to gather to be educated and to educate others around 1096.

I dare guess that most of the best-known thinkers taught in systematic and modern theology in Oxford have been, or are now, priests, ministers, or members of religious orders of one kind or another.  I also teach a bit of systematic theology, and notice the trend—Augustine, Anselm, Aquinas, Martin Luther, Karl Barth, Karl Rahner, Keith Ward, Graham Ward, Sarah Coakley, etc.   Certainly, it cannot be deemed a handicap not to have such a dual vocation, and there are likewise many in that category as well.  Yet the vocational combination seems to be a natural one, is positively widespread historically, and has proven itself to be of benefit academically.

Back full circle to Science and Religion—perhaps as in the case of Sir John Polkinghorne, there is a potent way in which priestly or spiritual preoccupations can even feed academic pursuits, energising them in vitally important ways, rather than draining them.   If so, then the existence of the dual vocation generates rather than diminishes scholarship.

A common and somewhat obvious principle in teaching Science and Religion is to point out simply that Science and Religion, or just scientific and religious interests, can co-exist easily because they do so, as a matter of course, in individual people.  It is the individual mind, if marked naturally by these two sets of passionate interests, which cannot help but hold them together.  Likewise, academic and priestly vocations can be held together because they are really aspects of one vocation, held together within one whole person.