The Rise of Christian Theology and the End of Ancient Metaphysics 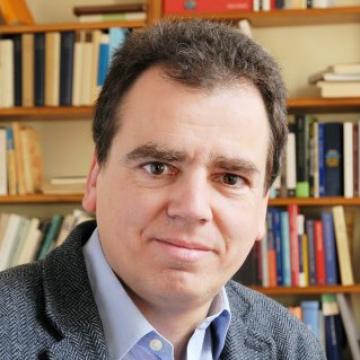 The research I will pursue during my British Academy Fellowship is concerned with philosophical ideas developed in the writings of Church Fathers between the fourth and the eighth century. The authors I study include famous thinkers such as Gregory of Nyssa (335–394, Maximus Confessor (580–662), and John of Damascus (676–749), but also others who are much less-well known. I use texts debating theological topics: most are part of the Christological controversy, but they may still touch on the doctrine of the Trinity or the resurrection of the body, for example. My interest, however, is less their doctrinal content; instead I focus on underlying philosophical assumptions and principles. In this way, I show that genuinely theological debates led to fundamental, even revolutionary philosophical transformations and innovations during this period.

In the past, scholarship on the relationship between Christianity and the philosophical tradition in late antiquity has often taken one of two approaches: either scholars have focused on the reception of philosophical ideas by Christian thinkers; or they have juxtaposed Hellenistic and Christian views thus emphasising the fundamentally unphilosophical nature of Christianity. More recently, however, an alternative reading of these developments has gained traction, which recognises the Church Fathers themselves as philosophers whose interests in cosmology, psychology matched those of their non-Christian peers. My research is part of this growing field of Patristic philosophy, but pushes its boundaries by showing the philosophical significance even of those Christian debates that have no – or at least no obvious – parallel outside Christianity simply because they deal with doctrinal problems that by definition were specific to the Christian faith.

One of the main obstacles to this kind of work lies in the pluralisation of churches and theologies during this period. Ever since the Council of Chalcedon (451), which unsuccessfully sought to settle the Christological controversy, Christianity did no longer exist as one more or less unified entity. Instead, separate ecclesial communities, divided according to their Christologies, increasingly consolidated their own religious and intellectual traditions. For my own approach, it is fundamental to consider this process as a pluralisation of theological voices and viewpoints. Rather than taking the Chalcedonian tradition as the ultimate yardstick by which to measure all others, I therefore treat traditions on their own terms as far as possible given the varying extent of our knowledge of and access to their texts.

Ultimately, my research will shine new light on the role and significance of Christian thought within the intellectual context of late antiquity and beyond. Christianity will appear as neither opposing philosophy nor passively receiving already existing concepts, but instead as transforming existing ideas and concepts and thereby producing its own germane type of philosophy which, while historically connected with pre-existing philosophical traditions, is clearly distinct from them in some of its most fundamental assumptions.

The results of my research will be published in a book provisionally entitled The Rise of Christian Theology and the End of Ancient Metaphysics.

Professor of Historical and Systematic Theology