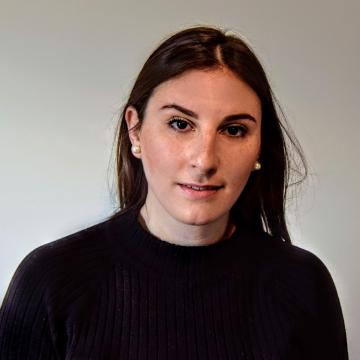 Interrupting the reruns of 'best of the decade' pop music programmes that reverberate down the fluorescent-filtered corridors of London's Royal National Orthopaedic Hospital, is a rather different kind of hospital radio show. Its medium is neither lyric nor song, but the spoken word. This show features a series of interviews about the spiritual and scientific dimensions to healing with a variety of religious and scholarly representatives from different faith (and humanist) communities.

My connection with Radio Brockley - London’s longest running hospital radio station - reaches back to 2008, where I began volunteering for the hospital by visiting patients and taking their music requests. My passion for broadcasting - or, more accurately, chatting - led me to launch my own music show the following year. However, my move to Oxford to study Philosophy and Theology as an undergraduate in 2009 brought this arrangement to a close, or so I thought at the time. It was last summer when I was invited to return to Radio Brockley to launch a new show in celebration of the radio station’s 50th anniversary. Excited about the prospect of applying the academic insight I had received as an Undergraduate and then as a Master’s student at Keble College, and perennially enthused by possibilities for public engagement and broadcasting, it didn’t take much to convince me. The concept that emerged was a radio programme that would seek to impart a sense of spiritual upliftment to bedridden patients by drawing on a variety of understandings of healing offered by religious and non-religious worldviews. The name, ‘The Remedy’, was settled soon after, and plans were made for its recording.

I managed to secure three fantastic guests to be interviewed on the programme, who each spent an afternoon visiting the hospital’s broadcasting station to be recorded. The first guest was David Flint, the Vice-Chair of the ‘North London Humanists’ who spoke passionately about the humanist approach to life, death and what may or may not lie beyond. Reverend Jody Stowell, a Vicar at the local St Michael and All Angels' Church in Harrow and gender equality activist at WATCH (Women And The Church), was the second guest. Jody spoke eloquently about Jesus’ social and holistic understanding of healing, and I quizzed her about the expansion of faith-healing practices in Born-Again communities. Finally, I invited fellow DPhil candidate at Oxford, Matthew Martin, to discuss Hindu approaches to healing. Having become friends during our Masters, it was great fun to reunite with Matthew who had spent over a year conducting ethnographic research in South Asia. Matthew and I discussed the scope for applying Hindu philosophies of the self and the body to practical modes of Hindu healing traditions, from ayuverda to yoga. A theme that ran through all of the interviews was the possibilities for integrating ‘scientific’ or ‘evidence-based’ medicine with spiritual forms of healing, and the conclusion arrived at was that these two should not be seen as incompatible or mutually exclusive. Religious proponents who were suffering from ill health were almost universally encouraged to draw from a wide variety of approaches to healing, in a pluralistic and inclusive manner. The variety of religious and non-religious communities represented resonated effectively with the multi-cultural surroundings in north London.

Following its warm reception from the radio producers and, most importantly, the hospital patients, I decided to transform the programme into a mini-series of short and digestable podcasts. There are now four in total: an introduction episode and three interview episodes, which are all available to listen to for free online. I was fortunate enough to receive The Oxford Research Centre for the Humanities (TORCH) Public Engagement Award in May 2017, securing funding from the Wellcome Trust in the process. There was a small ceremony held at St Luke’s Chapel, right next to our Faculty library, which was generously attended by a number of DPhil students and friends. My podcast is now featured as part of TORCH’s 2017 Headline Series, ‘Humanities and Identities’, and also serves as part of the TORCH Medical Humanities Network, led by Dr Andrew Papanikitas. There are some preliminary discussions underway to expand the series further to include Buddhist, Muslim and Jewish approaches to healing. Until then, it continues to offer respite to the sick and pleasure to all, both in the hospital and online.

Information about my DPhil research at the Faculty of Theology and Religion can be found here, and follow me on Academia.edu, Twitter and LinkedIn.