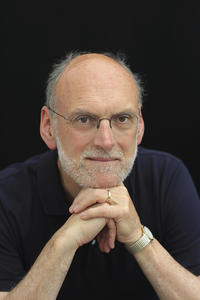 Professor Nigel Biggar has been recognised in the Queen’s Birthday Honours 2021, which were announced on Saturday 12 June.

He has been appointed Commander of the British Empire (CBE) for his services to higher education.

Professor Biggar is Regius Professor of Moral and Pastoral Theology at Christ Church and a member of the Faculty of Theology and Religion. He directs the McDonald Centre for Theology, Ethics, and Public Life, and serves as Principal Investigator in the Oxford Character Project’s ‘Virtues and Vocations’ programme.

Professor William Wood, Chair of the Faculty Board, said: “I am delighted that Nigel has been recognised in the Queen’s Birthday Honours List with a CBE. It is a fitting tribute to his research and thinking in theology and ethics. Nigel also deserves this recognition for his leading role in the McDonald Centre and the Oxford Character Project, which are important initiatives housed in the Faculty.”

Professor Biggar’s research focuses on major ethical questions, including nationalism and empire; individual rights and ‘just war’, as well as the moral vocation of universities and the relationship between Christian religious concepts and moral life.

In 2020, he published the book ‘What’s Wrong With Rights?’ with OUP. The book raises and addresses questions about the concepts of rights — natural, moral, legal, universal, absolute. More information is available in his Faculty profile.

Elsewhere in Oxford University, a number of academics received awards in the Honours list, including the leading figures involved in the production of the Oxford/AstraZeneca vaccine. You can read about them here.