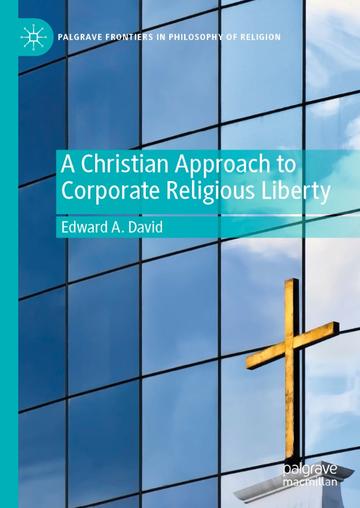 The Oxford Character Project is delighted to announce the publication of A Christian Approach to Corporate Religious Liberty, written by one of the Project’s postdoctoral research fellows, Edward David. The book addresses one of the most urgent issues in contemporary American law—namely, the logic and limits of extending free exercise rights to corporate entities.

‘Pointing to the polarization that surrounds disputes like Burwell v. Hobby Lobby, David argues that such cases need not involve pitting flesh-and-blood individuals against the rights of so-called “corporate moral persons.” Instead, David proposes that such disputes should be resolved by attending to the moral quality of group actions. This approach shifts attention away from polarizing rights-talk and towards the virtues required for thriving civic communities. More radically, however, this approach suggests that groups themselves should not be viewed as things or “persons” in the first instance, but rather as occasions of coordinated activity. Discerned in the writings of Saint Thomas Aquinas, this reconceptualization helps illuminate the moral stakes of a novel—and controversial—form of religious freedom.’

Edward David is a Postdoctoral Research Fellow in the Faculty of Theology and Religion, working as part of the Oxford Character Project, a three year initiative funded by the John Templeton Foundation.
A Christian Approach to Corporate Religious Liberty is available from Palgrave Macmillan.