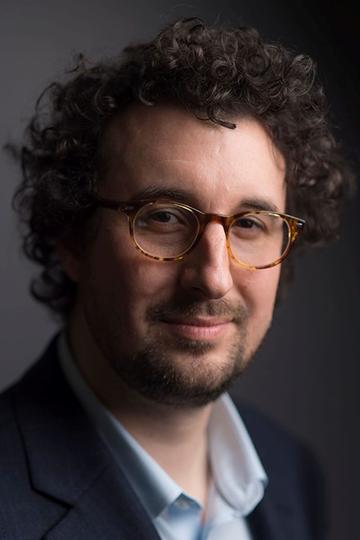 What is your background?

I am currently the Departmental Lecturer in Christian Ethics at Oxford and Lecturer in Theology at Jesus College.

From October, I will be the McDonald Lecturer in Christian Ethics, working within the Faculty of Theology and Religion, and the McDonald Centre for Theology, Ethics, and Public Life.

Prior to taking up these positions, I completed my DPhil at Oxford, read Theology and Religious Studies at Cambridge, and for a Masters in Philosophy of Religion at Yale, where I was a Marquand Scholar. I also completed a PGCE in Religious Education at Oxford.

Congratulations on recently having been named a BBC New Generation Thinker. What was the application process like?

The application process was somewhat intense – which involved summarising my research plans, writing the script for the first few minutes of a radio programme, and, in my case, writing a review of an exhibition of camel photographs! – so I was absolutely thrilled to have been chosen as one of the BBC and AHRC New Generation Thinkers. Indeed, there are few superlatives adequate to describe my reaction(s), so I won’t even try!

As part of the process, sixty shortlisted candidates attend a one-day workshop at BBC Broadcasting House, where we had to present our programme ideas, and even take part in a mock panel discussion.

To go to the BBC, and to talk to producers and people from the AHRC about making arts and humanities programmes, was an incredible experience. Meeting a large group of insightful early career academics on that day, only makes it seem like an even greater privilege to have been chosen as one of the New Generation Thinkers.

What are your plans to do in this new role?

My research interests concern modern debates in practical ethics (more specifically debates concerning the nature and purpose of education), and the history of ethics, where my particular focus is the Enlightenment period in Britain.

Thus, while I am attempting to demonstrate that an underexamined theology of education underpins current UK education policy, the other strand of my research argues that, without theology, we are unable to understand many of the key ethical and political debates in the eighteenth century, and how they influence our current political and ethical discourses.

The incredible thing about being a New Generation Thinker is that it allows me not just to discuss my research interests, but to show how they intersect when contributing to programmes and events

My first appearance as a New Generation Thinker was at the BBC Free Thinking Festival at the Sage in Gateshead, where I spoke about Sir Isaac Newton’s theology and belief in alchemy.

More recently, I appeared on BBC Radio 3 to discuss rioting and radical politics in eighteenth-century England on the anniversary of the Massacre of St George’s Fields, which happened in London in 1768. The Massacre occurred when British soldiers fired on a crowd that had gathered to protest the arrest of the politician John Wilkes. Although Wilkes and the Massacre are not widely known now, at the time, they were fundamental to campaigns for political reform in Britain, and the American Revolution, where rioting and revolution were not attempts to gain freedom from the law, but freedom under the law. A distinction which, I argued, raises questions about what it means for the government to require the teaching of ‘British values’ in state schools, where one of those values is respect for the rule of law.

I am currently discussing future programmes with the BBC on whether human beings only behave morally when we are being watched, and on the 1688 Glorious Revolution, which I think should be recognized as a national day of celebration in Britain, akin to the 4th July in the US.

In October, I will be part of a panel discussion at the English National Opera, where I will explore some theological and ethical perspectives on Salome, prior to their performance of Richard Strauss’ Salome.

What do you hope to get out of being a New Generation Thinker?

Alongside appearing on programmes and at events that allow me to discuss some of my key interests in ethics, history, and education, I am keen to highlight all that it means to study theology.

Unlike philosophy, theology is not a word that is part of the public consciousness – it is also very seldom used in schools. As a result, there is often some confusion – and some outdated ideas –  about what theology is.

Theology recognizes a burden that all human beings, in all times, cultures, and places, have placed upon ourselves – the question: what does it mean to be human?

It also recognizes that this question has not only been answered variously, and often dangerously, but that it is a question fundamental to human consciousness itself.

Theology takes seriously the fact that our fundamental question – what does it mean to be human? – is also always a question about the past, the present, and the future: who we are, who have we been, and who do we want to be, as individuals, societies, and human beings?

In exploring the ways that human beings have struggled, and continue to struggle, to answer that question, theology is the definition of interdisciplinary.

Like the four-faced figures in Ezekiel, it looks in all directions, searching not just for answers, but for how we human beings may better clarify our own question.