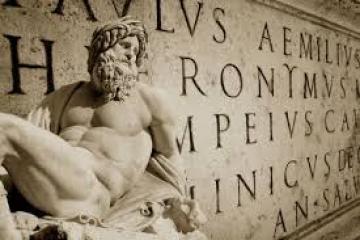 What was your experience of learning a Prelims language?

In my year, Latin became an option on the Theology and Religion course for the first time, and I chose it as my language because of its practical applications in Catholic theology. I had already done two years of Latin at my secondary school, but as this was in Years 7 and 8, I couldn’t remember any of it, so I was effectively starting from scratch.

Of course, learning any language is a challenging process. In particular I found the first term of studying Latin quite hard work, because there were so many little details in the formation of words which were quite difficult to spot as a beginner. However, taking three classes each week, and regular homework exercises and tests with my tutor, my awareness gradually built up, and within a few months I had learnt the basic concepts of the language, and learning the more complicated constructions actually became more straightforward. It’s definitely worth putting in that extra effort during the first few months of the course in order to grasp the essential, basic ideas from the start rather than telling yourself you’ll learn it later!

Overall, the process of learning Latin was extremely rewarding. After just twenty lessons we were able to translate simple Latin poetry into English as classwork, and by the end of the year, in our final exam, we were able to translate entire sections of the Vulgate Bible, including unseen texts, despite having started with next to no understanding just a few months earlier. It’s a very intense course, and a huge amount of content is covered in a short space of time, but it’s incredible to see how far you have progressed by the end of the paper.

Within the context of the Theology and Religion course, studying a language is important so that you can read important religious documents in their original language. While many students choose Biblical Hebrew or Greek in order to discover further insights into their study of the Bible, studying Latin is useful in order to read the official documents of the Roman Catholic Church in their original language, as well as understanding the works of many Saints. Reading texts like these in their original language allows you to verify the accuracy of the translation you are using. Furthermore, there can be multiple accurate ways of translating a text, each of which can put emphasis on different significant aspects of the original meaning; no one translation is often sufficient to highlight these multiple interpretations of the same text, and so learning the original language allows you to draw out the meaning in a way which defends your overall argument in an essay.

It’s also worth noting that learning a language as part of the Theology and Religion course is helpful for a variety of reasons outside of the boundaries of the course. For example, studying Greek or Latin on the Theology course would also allow you to read Classical literature or other ancient historical texts. Studying Latin has allowed me to understand the meaning behind Latin choral music without needing to look up a translation. It was also apparent how closely linked Latin and English are, and it was easy to spot words in the English language – as well as other European languages – which have their roots in Latin.

Overall, my experience of learning a Prelims language was really fun, practical, and rewarding, and I’m looking forward to making the most out of my new skills in the papers I have chosen for next year.