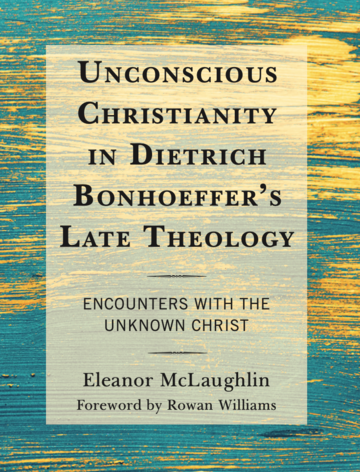 'In the last years of his life, Dietrich Bonhoeffer began work on an idea that he called unbewußtes Christentum, "unconscious Christianity." While Bonhoeffer's other ideas from this period have been extensively studied and are important in the field of theology and beyond, this concept has been almost completely ignored. For the first time in Bonhoeffer scholarship, Eleanor McLaughlin provides a definition of unconscious Christianity based on a close reading and analysis of the texts in which Bonhoeffer mentioned the term. From a variety of surviving texts, from a scribbled marginal note in his Ethics manuscript to the fiction he wrote in prison, she constructs a detailed definition of unconscious Christianity that sheds light not only on Bonhoeffer's late work but his theological development as a whole'.