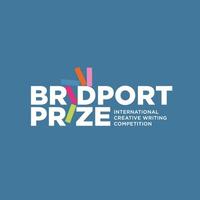 Dafydd Mills Daniel has been awarded 3rd place on the

International Bridport Prize for his short story, 'What The Deal Is'

"The story I chose for third prize, What The Deal Is, is a highly musical piece with a truly original voice. Each paragraph is one sentence and the layout and punctuation are original and add to the musicality.

It tells us how human beings are treated, how human society is ordered. It felt like a microcosm of the world...It is at once a horrible mirror on the world and a brilliant piece of writing which contains 'all kinds of cruel imaginings'."

Oxford students who choose to take the paper, Ethics I, in Theology may not be surprised to learn of Dafydd's interest in fiction - in his class seminars, he regularly uses extracts from authors to illustrate debates and ideas in ethics, including: W.H. Auden, Joseph Conrad, Fyodor Dostoevsky, George Eliot, O. Henry, George Orwell, Ovid, Edgar Allen Poe, and Leo Tolstoy.

Dafydd's story, along with the other prize winners, is now available in The Bridport Prize Anthology 2020. Here is an extract:

...from what they said at first at least it wasn’t as bad as you might have thought in that there’s
worse places for that kind of thing and the people there look worse sometimes but when you
thought about it and stood in it longer it could seem just as bad
because although there never came a time for asking about certain things
because other things is more important once the law gets moving
the things you thought about later strike you just as bad and make the whole thing worse than
it could ever have looked at first and breed all kinds of cruel imaginings
...so you have to say that some things are just far worse than you ever can tell and there’s no
glimmering relief in a first look to be held on to that might tell you it could be worse
that all you have to know is that ever thing is pushing itself into this great big lump of hatred
and you can’t look at it the same when you find it in its pieces but it all belongs in the same
shape.
According to Dafydd:

Under lockdown, when everything stopped, it suddenly seemed like I had been waiting to do so many things without even realising it - and that I had been waiting without even realising that the time for either waiting or doing would one day run out. And so I decided to do something I have thought about doing since a friend suggested it to me when I was 21: submit, not just to a short story competition for the first time, but to the Bridport prize - the one she mentioned then, which I have followed ever since. In submitting to a competition for the first time, it’s not even that writing fiction has seemed to me to be something personal - something shared, at most, with certain family and friends - it seemed instead that it just was something for me to do as some might paint canvases privately in a bedroom - a form of art painstakingly done for its own sake - or, rather, necessarily and inevitably done for one’s own sake; it did not seem likely - a live possibility - that anyone would be interested in the style or subjects I am writing about. So, to say I am shocked, thrilled, and encouraged to come 3rd in the Bridport Prize is true to the fullest extent of those individual words, and still an understatement. The story itself is written in a style I developed some years ago for my privately painted stories - a style that is intended, in fact, to deliver the patterns of meter and pace like layers on a canvas - but the particular voice of the story appeared (somehow) when that style met with a Malaysian news report that I read, of all places, in a few lines of an old edition of Private Eye. The story itself then is sadly inspired by a real car wash in the physical and moral world we inhabited before the pandemic - where that physical world has now changed beyond all recognition, we might still wonder about the moral one.