It is, of course, essential for students wishing to study Biblical Hebrew to first learn the Hebrew alphabet. Mastering this ancient, puzzling script is a rewarding experience for them, and it also turns them into codebreakers! Already in the second lesson, my students are given an important and exciting assignment: they have to decipher some obscure biblical words. Granted, upon successful completion of the task they are not quite ready yet to be employed by GCHQ, but their codebreaking skills are often highly promising. In fact, not many people know that the Hebrew Bible contains a few occurrences of the so-called atbash cipher. It is a simple substitution code, where the first letter of the alphabet (א alef) is replaced by the last (ת taw), the second letter (ב bet) by the second last (ש sin or shin) etc. The name ‘atbash’ refers to the first letters of the names of these Hebrew characters: alef, taw, bet and shin. Instances of the atbash code are found in the Book of Jeremiah, and I shall guide you ­– the reader of this blog – through some verses and unravel their secrets. Even if you don’t know Hebrew, you will still be able to crack the atbash code because below you are given the key to unlock this ancient cipher…

With this knowledge, you are now ready to investigate some biblical verses which contain the atbash code. Don’t forget to write the substituted letters from the right to the left!

Jeremiah 25:26 (the nations shall drink the cup of God’s wrath)

[…] and all the kings of the north, near and far, one after the other, and all the kingdoms of the world which are on the face of the earth, and the king of Sheshach shall drink after them.

Who is this mysterious ‘king of Sheshach’? In Hebrew, the word Sheshach is spelled with the following letters: ששך. If you apply the atbash code to these letters, what result do you get?

Congratulations if you had the correct answer, you are a 007 in the making! If we apply the vowels to the letters, the word becomes babel, i.e. Babylon. The king of Sheshach is, in fact, the king of the Babylonian empire (the same cryptogram is employed in Jeremiah 51:41). If you found this word easy to decipher, then I have another assignment for you. Good luck with the next one!

The Lord says, ‘Behold I will cause a destructive wind to blow against Babylon and the people who live in Leb-qamai’

What is meant with ‘Leb-qamai’? It is Hebrew for ‘the heart of my enemy’, yet this place name is not attested in ancient sources. If we apply the atbash code to the Hebrew letters לב קמי, we discover something interesting. What result do you get?

Kśdym, spelled with vowels as kaśdîm, is the Hebrew word for ‘Chaldea’. It is unclear whether the prophet Jeremiah resorted to code language out of fear of reprisals from his enemies, or that he employed it solely for stylistic purposes. It may be the latter because he explicitly refers to Babylon in Jeremiah 51:1 (and also in 51:41). An interesting observation was made by Scott Noegel in his study on wordplay in the Hebrew Bible.* In the ancient Israelite culture, as well as in the Ancient Near East in general, words were powerful and possessed an almost magical or theurgic quality. According to the ancient mindset, the spoken word was capable of changing reality. Noegel states that ‘if words possess power and essence, atbash represents a reversal of that power and essence’.** Since the biblical atbash verses typically deal with power struggles, the inverted language expresses the inversion of power. Ultimately, it is impossible to determine why the biblical author resorted to this cryptic language, but it is a fascinating phenomenon nonetheless. 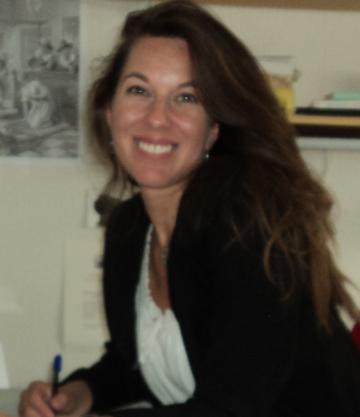