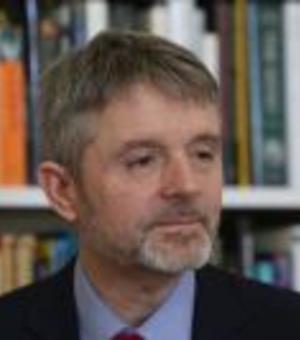 Martyn Percy is Dean of Christ Church, Oxford. He is also Professor of Theological Education at King’s College London, and Professorial Research Fellow at Heythrop College London. An Honorary Canon of Salisbury Cathedral, he has served as curate at St. Andrew’s, Bedford, and Chaplain and Director of Studies at Christ’s College, Cambridge before being appointed as Director of the Lincoln Theological Institute 1997. He was a Canon of Sheffield from 1997-2004, and Canon Theologian of Sheffield from 2004-10. He moved to Oxford in 2004 to take up his current position at Cuddesdon.

Martyn has served as a Director and Council member of the Advertising Standards Authority, and as a Commissioner of the Direct Marketing Authority. He is currently a member of the Independent Complaints Panel for the Portman Group (the self-regulating body for the alcoholic drinks industry), a member of the BBC Standing Committee on Religion and Beliefs, as well as an Advisor to the British Board of Film Classification. Since 2003 he has co-ordinated the Society for the Study of Anglicanism at the American Academy of Religion. Prior to ordination, Martyn worked in publishing. He is also the Patron of St. Francis’ Children’s Society – an Adoption and Fostering Agency.

He writes on Christianity and contemporary culture, modern ecclesiology and practical theology.

Clergy: The Origin of Species (2006), Engaging Contemporary Culture: Christianity and the Concrete Church (2005), Shaping the Church: The Promise of Implicit Theology (2010) and The Ecclesial Canopy: Faith, Hope, Charity (2011).