Towards a Warfare Hermeneutic: A Sociological Analysis of Hebrew Biblical War Narrative in its Ancient Near Eastern Context
trevor.pomeroy@theology.ox.ac.uk 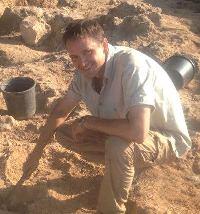 Towards a Warfare Hermeneutic: A Sociological Analysis of Hebrew Biblical War Narrative in its Ancient Near Eastern Context

Descriptions of warfare and violence are omnipresent throughout the Hebrew Bible as well in the extra-biblical texts from the Ancient Near East. The purpose of my research is to determine what is held in common concerning the Ancient Near Eastern conception of warfare, and what, if anything, is distinctive about the ancient Israelite understanding. Therefore, my research question is: What purposes, if any, within the context of warfare in the Ancient Near East, do these texts fulfill? While others have examined the Hebrew texts concerning conquest and warfare they have often neglected to contextualize them within their proper primary category, which is war narrative. In addition, the purpose of such scholarship has often been to gain an ethical understanding of the texts by answering the question: how could God (whether as a literary figure in the text, or as an actual being) command or allow the violence described in the Hebrew Bible? I argue, however, that the texts ought to first be understood for what they are (i.e. war narrative) and within their wider purpose qua war narrative. While others have sought to understand biblical accounts of warfare in their Ancient Near Eastern context, these studies lacked the benefit of current sociological theory concerning the emergence of large-scale organised violence.

There are numerous normative elements of war narrative that persist throughout the Ancient Near East and sometimes they emerge in a distinctive way in the Hebrew Bible. These persistent themes reflect and contribute to the social, ideological, and military forces necessary for the achievement of ancient Israelite military goals.

"Belief in Father Christmas - Irrational to Whom? Toward a Phenomenological-Philosophical Approach." Presented at the Text and Context Symposium in Religious Studies, Memorial University of Newfoundland, St. John’s, NL, Canada, April 11, 2013.

Prior to beginning a DPhil at Oxford I completed an MA at Memorial University of Newfoundland in Religious Studies wherein I wrote a thesis on war narrative in the Book of Joshua. I had also attended St. Augustine’s Seminary (Toronto School of Theology, University of Toronto) for two years after completing a BA in Religious Studies and Philosophy at Memorial University. I have served the Canadian Armed Forces as a medic, and while attending St. Augustine’s Seminary I trained as a reserve navy chaplain.