Religion as a Mode of Existence: The Political Theology of Bruno Latour 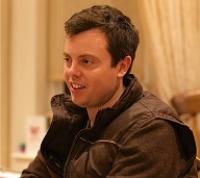 Religion as a Mode of Existence: The Political Theology of Bruno Latour

Although he designates it as one of fifteen ‘modes of existence’ that define the contemporary public space, Bruno Latour’s writing on religion has received little attention in the critical literature to date. Where it has been taken up, it has generally been dismissed as a pre-orientated and conservative reduction of the pluralist ontology that is axiomatic to the main part of his work. By contrast, this thesis argues that Latour’s concept of religion manifests a high level of internal coherence within his intellectual project as a whole and that, as a consequence, it warrants further critical consideration and testing. It does this by means of an analysis of ‘religion as a mode of existence’ within the context of the larger, quasi-technical project apparatus of his Inquiry into Modes of Existence (2013). It also adduces a body of primary source material that has not previously been admitted for consideration, including unpublished writings from Latour’s corpus, material that has not yet been translated into English, and a substantial personal interview conducted with Latour himself. In conclusion, the thesis proposes that the Latour’s thought provides a potentially significant heuristic tool for theology in its analysis and delimitation of the veridiction claims of religion within the public space defined by secular modernity.

Howles, Tim, (2015), ‘The Undifferentiated Crowd: An Analysis of the Kierkegaardian Enkelte in Light of Mimetic Theory’ in The Heythrop Journal (forthcoming).

Howles, Tim, (2016), ‘On the Difference between a Genius and an Apostle: A False Start in the Reset of Modernity’, in Latour, B., (ed.) Reset Modernity: An Experimental Exhibition (forthcoming).

As an undergraduate I read English Literature (BA, MA Cantab) at Queens’ College, University of Cambridge, working on questions of ontology in the modern novel (1999-2002). I went on to have a wonderful year completing a Masters course in International Relations (MSc) at the London School of Economics, with a dissertation on federalist ideologies in the formation of the European Union (2003-2004). After a number of years working in London on new web technologies, I came to Oxford as a Church of England ordinand to study theology: first of all on the BA (for which I was awarded the Catherine of Alexandria prize by the University) and then on the MSt, including a dissertation on atonement theology in the work of René Girard (2010-2013). I then received AHRC funding to continue my DPhil at Keble College (2013-2017) on the religious thought of Bruno Latour, for whom I have acted as translator on a number of articles. I am married to Sarah (who is also working on a DPhil in the field of genetics) and we have two children who keep us more than occupied. Regular updates on my work are available at this site.