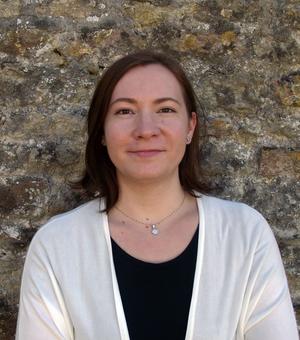 Perception and Illusion in Early Yogācāra: The Yogācāra Adaptation and Critique of the Abhidharmic Theory of Perception in the Late Works of Vasubandhu and their Indian Commentaries
DPhil Candidate in Theology
szilvia.szanyi@sjc.ox.ac.uk

In my doctoral thesis, I systematically discuss the Yogācāra theory of perception and the problem of illusion through the works of the Buddhist philosopher Vasubandhu and their commentaries by Sthiramati and Vinītadeva. My project is based on primary sources, analysing passages from their works in their Sanskrit originals or, in the absence of these, their Tibetan translations. In my research, I dedicate special attention to the interconnections between the Yogācāra and the Abhidharma theories of perception, and aim to point out that despite the various criticisms raised by the Yogācārins, their model of perception remained rather faithful to its Abhidharmic roots.

I completed my BA in Philosophy and my MA in Religious Studies at the Eötvös Loránd University in Budapest, Hungary. My BA and MA theses focused on two Yogācāra works of Vasubandhu, the Viṃśikā and the Triṃśikā, respectively. My doctoral dissertation is a continuation of these projects. During my studies in Oxford, I have been a tutor in Foundations of Buddhism, Buddhism in Space and Time, and Further Study in Buddhism at various colleges, and for the UNIQ summer school of the University of Oxford. I also worked as a Research Assistant at the Faculty of Theology and Religion for three consecutive years. I have been studying Sanskrit and Classical Tibetan since my BA and took classes in Classical Tibetan at the Rangjung Yeshe Institute in Kathmandu, Nepal.

“The Changing Meanings of Āśraya in Vasubandhu’s Abhidharmakośa(bhāṣya).” Journal of Indian Philosophy (forthcoming)

“The Changing Meanings of the Term Āśraya in Vasubandhu’s Abhidharmakośabhāṣya,” presented at the 46th Spalding Symposium on Indian Religions, 23-25 April 2021 (online).

“Why cannot the Yogācārins see through the wall? The rules, regularities, and validity of perception in an idealist framework,” presented at the Interdisciplinary Research Seminar in the Study of Religions, University of Oxford, United Kingdom, 25 October 2019.