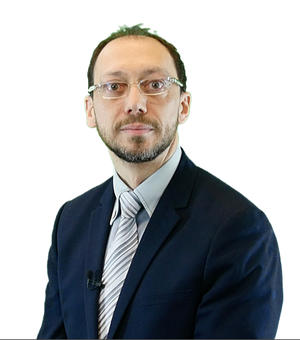 Rethinking the Cross in light of Infinite Risk Theology
stefano.salemi@theology.ox.ac.uk

With the title "Rethinking the Cross in light of Infinite Risk Theology" my current research project, funded by the Art and Humanity Research Council and with the important supervisory support of Prof Johannes Zachhuber, investigates a potentially different scenario for the death of Christ. The New Testament states that Christ, as the Son of God incarnate, died for the sins of the world. But, could the story have gone differently? What if Christ could have sinned? Could the tomb have remained closed? More precisely: Could the Son of God be eternally separated from the communion with the Father and eventually die and go out of existence? Mainstream theology often argued for the impossibility for Christ to change (immutability; and also indivisibility from the triune God), and sin (impeccability). Therefore, if he could not change and sin, there was no potential risk for his life, and his death on the cross could not affect in any form his divine life. Could he suffer and still remain God? Immutability and impeccability would be for Christ, using a metaphor, a jump with a parachute. Would not the cross, instead, need a risk, or the giving up of something in favour of someone else? Here is where the question finds its raison d'être: Could the divine Son of God incarnate risk his eternal existence, losing himself forever with all humankind? This is a question that is rarely considered or discussed. The intriguing dilemma is less-explored, underestimated, or even neglected in Christological debates. In a ‘theological world’ of different Christologies, the contribution of a prolific theologian of the 19th century, Ellen G. White, to the scholarly debate has not been considered, and even less her “infinite risk” theology. Analysing White’s Christology may shed light on the still open question of what happened or could have happened at the cross, cutting new paths in the comprehension of God’s love towards humanity.

Dr Stefano Salemi is a scholar of biblical studies, languages, and theology. He has held or continues to hold research posts at various universities, including Harvard, Yale, Oxford, Theological Faculty of Apulia, Pretoria, Sheffield, and Jerusalem. He possesses the rare expertise of someone with doctorates in both Theology and Biblical Studies. He teaches and conducts research in the fields of biblical exegesis, hermeneutics, Hebrew and Greek languages and semantics, biblical and systematic-historical theology, reception history, and intertextual studies (Hebrew Bible/Old Testament in the New Testament). He is an Associate Fellow of the Higher Education Academy and has taught at various universities, including Oxford. His publications include books on Christ’s death in John (2014) on Hebrew semantics and Ezekiel (forthcoming), and on the Christology of the cross (forthcoming).