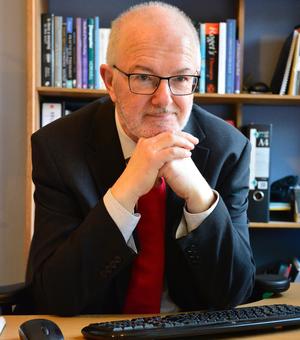 I read Theology at Oxford as an undergraduate (MA, 1981) and a postgraduate (DPhil, 1985), which included spending a year in the USA on a scholarship programme.  I served as a Baptist minister in Milton Keynes and Bristol, and was Tutor in Christian Doctrine at Bristol Baptist College before being appointed to the staff at Regent’s Park, initially as a Fellow in 2001 and then Principal in 2007. I continue to serve on a number of denominational bodies.

My research interests are in the interface of belief and practice, and particularly at the moment in theology, religion, and sport. In 2014, I published what has been described as the ‘must read’ book on the subject (The Games People Play: Theology Religion, and Sport), and I have been a member of the Advisory Council for the Vatican-led project, ‘Sport at the Service of Humanity’, since 2015. I have also written on a range of other subjects including theology and film, and intercessory prayer.

‘Sporting identities: What we Play, and Who we Think We Are,’ in The Place of Sports and Play in Christian Theology, edited by John Tucker and Phil Halstead (Fortress, 2020.

‘Film Noir,’ in ed. Rhonda Burnette-Bletsch, The Bible in Motion: A Handbook of the Bible and its Reception in Film, (Boston, MS: De Gruyter, 2016).

‘The Church as Praying Community,’ in International Congregational Journal, 14/2 (Autumn 2015).

‘The meanings of sport: an empirical study into the significance attached to sporting participation and spectating in the UK and US,’ Practical Theology 5/2, 2012.