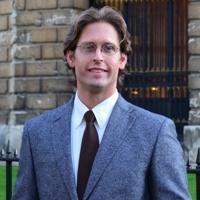 Engaging Eckhartian Mysticism in a Secular Context: A Hermeneutical Study in Post-Kantian Thought

Shaw’s doctoral research focuses on Post-Kantian interpretations of Meister Eckhart’s mystical theology. He then applies his conclusions in order to constructively treat the modern theological problem of secularity. His overall aim is to create a space for dialogue between Christian theology and the generally secularized culture that, in part, defines the present age.

On Exceeding Determination and the Ideal of Reason: Immanuel Kant, William Desmond, and the Noumenological Principle, (Newcastle: Cambridge Scholars Publishing), 2012.

Shaw's principal vocational interests are in teaching and student mentorship. He also has a strong proclivity towards management and he is continually developing his repertoire in administrative work. In respect to publishing and research, Shaw has a natural ability for writing and the dissemination of ideas. His aim is to continue producing books at regular intervals. Shaw's first book appeared in 2012 and he is scheduled to have his second book completed and published by 2016.

Shaw is also interested in pedagogical theories relating to university experience and curriculum adaptations for the 21st century. He is developing a "Formation" program that is based upon Wilhelm von Humboldt's "Bildung" and the spiritual formation practices within the Order of St. Augustine.